H&E naturist (originally Health and Efficiency) is the world’s leading monthly commercial magazine focusing on the naturist and nudist lifestyle. Its regular articles and columns focus largely on travel, health and culture, as well as various features on arts and books with a naked theme.

H&E is edited by Sam Hawcroft (pictured), and published by the company she runs, Hawk Editorial Ltd, based in Hull, East Yorkshire – which will be the UK City of Culture in 2017.

H&E prides itself on its rich history – indeed, there can be few magazines that have been in print for longer. It was first published in 1900. Back then, the magazine covered health topics such as diet, exercise, herbalism and general advice on living a healthy lifestyle and making your body work more efficiently. 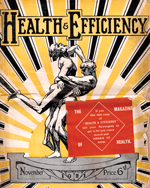 In the 1920s, when nudists began publicising their activities and sun clubs began to form, Health & Efficiency became an early champion of their cause through publishing their letters, articles and photos. Later, this material occupied a greater proportion of the magazine, particularly as it absorbed other naturist and health periodicals, including Health and Vim and Sunbathing and Health Magazine. 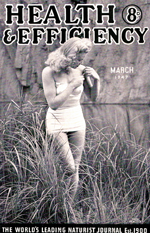 After the Second World War, nudism experienced a massive expansion and the monthly H&E – as it became known – was in pole position in promoting the nudist lifestyle. Throughout the 1950s and into the 1960s, H&E’s reputation as the “nudist bible” grew. H&E’s audience was made up of nudists who were members of British clubs and those who used British beaches. A small minority who were lucky enough to be able to afford holidays abroad, and sampled the delights of French and Yugoslavian nudist facilities, provided H&E with the first “naturists abroad” travel reports.

This was a hint of things to come, for, by the 1970s, cheaper foreign travel allowed many more British naturists to visit the south of France,Spain, Greece and Yugoslavia. H&E reflected this change and soon became an international naturist magazine providing news, travel reports, features and photography from around the naturist world. 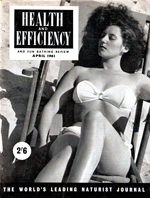 In 2014, H&E acquired the archive of ex-editor Murray Wren, including hundreds of naturist images available for licence, some of which are available for sale as downloads and prints at the Murray Wren Archive.

The magazine has had a number of publishers and editors, and has been based in London, Epsom and Goole, before moving to its current home in Hull in 2012.

This website uses cookies to improve your experience while you navigate through the website. Out of these, the cookies that are categorized as necessary are stored on your browser as they are essential for the working of basic functionalities of the website. We also use third-party cookies that help us analyze and understand how you use this website. These cookies will be stored in your browser only with your consent. You also have the option to opt-out of these cookies. But opting out of some of these cookies may affect your browsing experience.
Necessary Always Enabled

Any cookies that may not be particularly necessary for the website to function and is used specifically to collect user personal data via analytics, ads, other embedded contents are termed as non-necessary cookies. It is mandatory to procure user consent prior to running these cookies on your website.