The Surgeon's Tale: A deliberate disaster and the attempts to cover it up, by James Avery - H&E naturist magazine
News Ticker

The Surgeon’s Tale: A deliberate disaster and the attempts to cover it up, by James Avery

Your life in their hands

is the usual optimistic attitude of a patient undergoing a surgical operation, and that is usually the case, but in this story the hatred between a consultant surgeon and a junior doctor results in a deliberate display of arrogance…

…that ends in tragedy.

This is a novel set in the latter years of the Swinging Sixties, an age when a new generation became alive, released from the privations and rationing following the Second World War, fuelled by the introduction of rock’n’roll.

They rebelled against the restraints of traditional parental authority, their clothing marking them out as a different generation.

Political correctness had not yet arrived on the scene. The doctors on duty drank alcohol and smoked without any fear of criticism, and nurses were not averse to a little sexual flirtation with junior hospital doctors.

This novel will have you jumping from laughing out loud to gasping in horror. James Avery writes with such observational wit, transporting you back to a very different era.

This website uses cookies to improve your experience while you navigate through the website. Out of these, the cookies that are categorized as necessary are stored on your browser as they are essential for the working of basic functionalities of the website. We also use third-party cookies that help us analyze and understand how you use this website. These cookies will be stored in your browser only with your consent. You also have the option to opt-out of these cookies. But opting out of some of these cookies may affect your browsing experience.
Necessary Always Enabled
Necessary cookies are absolutely essential for the website to function properly. This category only includes cookies that ensures basic functionalities and security features of the website. These cookies do not store any personal information.
Non-necessary
Any cookies that may not be particularly necessary for the website to function and is used specifically to collect user personal data via analytics, ads, other embedded contents are termed as non-necessary cookies. It is mandatory to procure user consent prior to running these cookies on your website.
SAVE & ACCEPT

BLACK FRIDAY DISCOUNT THIS WEEKEND - use the code HEBLACKFRIDAY22 for 10% off sitewide! Royal Mail strikes mean there will be disruption to subscriptions and shop dispatch which are out of our control. Sorry for any inconvenience. Dismiss 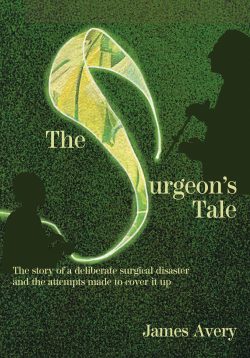 The Surgeon's Tale: A deliberate disaster and the attempts to cover it up, by James Avery
£10.99
-
+
Add to Cart